This content is part of the Essential Guide: SQL Server 2016 release guide: News and analysis on the new version

To take full advantage of a modern computing environment, and to meet the demands and expectations of business applications, Microsoft introduced in-memory OLTP. This lets you take advantage of large memory and dozens of cores to boost performance of OLTP operations, as well as reduce processing times by up to 30 to 40 times. The in-memory OLTP engine is a fully ACID-compliant transactional database engine that is integrated with the native SQL Server database engine.

Example 1 -- Altering a memory-optimized table to add two columns with a NOT NULL constraint and with a DEFAULT definition, and using WITH VALUES to provide values for existing rows in the table.

Example 3 -- Altering a memory-optimized table to drop a UnitPriceDiscount column.

Example 4 -- Altering a memory-optimized table to rebuild the non-clustered hash index with a new bucket count. 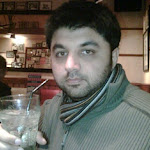