In this edition of SQL in Five, Mark Kromer, national platform architect at Microsoft, dishes on his favorite features of the upcoming SQL Server 2014 and discusses how database administrators should start thinking about their upgrade path. 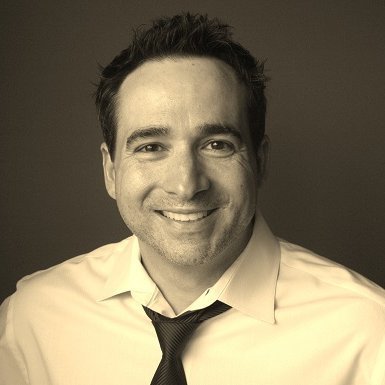 First off, what are your general thoughts on SQL Server 2014?

Mark Kromer: This is going to be a very database-engine-centric release. A lot of continued focus on in-memory technologies, now extending the SQL Server platform in-memory investments from analytics (xVelocity) and [complex event processing] CEP (StreamInsight) to [online transaction processing] OLTP (Hekaton). With R&D [research and development] in these areas from the SQL Server team, Microsoft continues the evolution of the SQL Server platform into the areas of big data, in-memory for improved real-time processing, and cloud-based support of the platform in Azure. Look for expanded support of high availability, backup and disaster recovery in hybrid on-premises and cloud scenarios in SQL Server 2014.

What are your top two or three features of SQL Server 2014?

Kromer: Hekaton will be perhaps the most talked about and discussed new feature in SQL Server 2014, and Microsoft's continued focus on big data is surely an important investment area. But I also am impressed with Data Explorer, [used] to capture and massage structured, unstructured, cloud or on-premises data, which I've been using in customer POCs [proof of concepts] from the preview download available on Microsoft.com.

Read how SQL Server virtualization is more than a passing trend

How to stay abreast of SQL Azure development

Kromer: Since I travel [to] North America working with SQL Server customers all the time, I can share with you that it doesn't seem to matter to IT shops and customers in terms of product marketing or naming. But to the point of there being an R2 before a v-next of SQL Server … I like to think back to SQL Server 2008 R2, which really had the primary purpose of introducing PowerPivot to the world. So it was important at that particular time to have a release vehicle (R2) to accommodate that with a separate naming specification. On the other hand, I do hear confusion from time to time from SQL Server professionals concerning SQL Server 2008 vs. 2008 R2, so perhaps moving to SQL Server 2014 is a better idea in this instance.

With the relatively quick turnaround between SQL 12 and SQL 14, what's your recommended upgrade path for someone running a version previous to those two?

Kromer: Pretty much, I give the same advice I always give to DBAs [database administrators] when planning database upgrades with SQL Server: Your SQL Server database is an important mission-critical infrastructure piece of software. Plan carefully with a systematic set of tests and checks and upgrade to a version like SQL Server 2014 after you have set up a prototype that proves your planned improvement in a specific area. In the case of 2014, that could be improved OLTP performance or cloud-based backups, to name a few examples. Use free Microsoft tools like the Upgrade Assistant and Best Practices Advisor to check for deprecated features and version compatibility issues. Lastly, but perhaps more importantly, is to make sure you are not running your infrastructure on out-of-support versions of SQL Server. Shops looking to move from SQL Server 2008 won't have that immediate concern, of course.

Finally, what was your single most favorite part of TechEd?